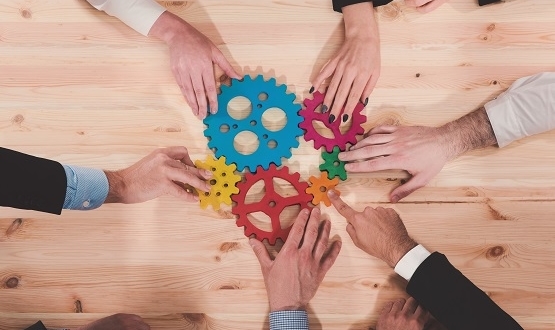 Integrated Care Systems are set to be enshrined in law under plans to overhaul NHS England, leaked documents have revealed.

The plans would see legislature introduced to ensure every part of England would be covered by an Integrated Care System (ICS) in a bid to ensure more joined-up care, better integration, and reduced bureaucracy.

Based on recommendations from NHS England the legislation would seek to “remove barriers to integration through joint committees, collaborative commissioning approaches and joint appointment”.

Commissioners would no longer be required to put contracts out to tender and instead there would be a new policy which gives the NHS and local authorities greater flexibility over who would provide healthcare services.

“We will reform procurement of healthcare services and create a bespoke regime that will give commissioners more discretion over when to use procurement processes to arrange services than at present, with proportionate checks and balances,” the papers states.

“Where competitive processes can add value they should continue, but that will be a decision that the NHS will be able to make for itself.”

Some frameworks currently used within the NHS do not require contracts to go out to tender, including the Crown Commercial Services G-Cloud 11 Framework which saw Palantir awarded a £23m contract to continue its work on the NHS Covid-19 Data Store.

The plans would put an end to David Cameron’s 2012 changes which moved power away from the health secretary and saw the introduction of clinical commissioning groups. The plans were widely seen as a step towards privatisation of the NHS.

The leaked documents state the 2012 Act has “in some cases hindered integration between providers”.

The paper also reveals the governments ambitions to build on progress made on integration during the Covid-19 pandemic.

It states the “case couldn’t be clearer for joining up and integrating care around people rather than around institutional silos”.

“Our legislative proposals capture the learning from the response to the pandemic to support the NHS to deliver in a way that is more integrated, less bureaucratic, and more accountable,” the paper adds.

The paper builds on the health secretary’s bureaucracy-busting call to improve the use of data within the NHS, which would see the health service capitalise on “good practice” responses during Covid-19.

The pandemic saw NHS organisations and partners “cut through some of the bureaucracy that had accumulated over a number of years” in relation to data sharing and integrated delivery, the paper states.

Under the plans, the health secretary would have more power to “mandate standards for how data is collected and stored, so that data flows through the system in a usable way”.

A Data Strategy for Health and Care, led by NHSX, will establish proposals to address barriers to data sharing and a “more flexible legislative framework” to improve data access and interoperability.

Part of the drive to reduce bureaucracy would also see changes in legislation, including competition laws and system procurement laws, to “remove barriers” that prevent NHS organisations from working together.

We are the hosts of Digital Health Rewired 2021, the must-attend virtual festival celebrating the best of digital health and care, taking place across 15-19 March 2021. Get a flavour of Rewired 2021 from the video below. You can book your place here

386: What the Current Data Says About Viral Risk, Immune Function, and Herd Immunity...

NHSX publishes ‘guide to good’ for AI and innovative technologies

The Best Tents for Family Camping

Sicilian Feast of the Seven Fishes for Christmas Eve