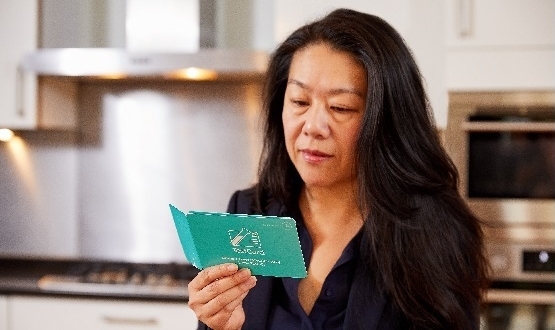 A healthtech innovator and former Rewired Pitchfest winner has secured £4.5million in its latest round of funding.

TestCard, which won Pitchfest in 2019, is a combination of a non-invasive urine test kit with an accompanying mobile application that turns a mobile phone’s camera into a clinical grade scanner.

Speaking to Digital Health News Chris Craig-Wood, chief commercial officer at TestCard, called the £4.5million fundraise a “spectacular success” for the company which will ‘catapult the business forward’.

“We’re going to use the funds to launch new products which we’re developing. We are also looking to expand across Europe and then into the rest of the world as well as building out our team,” he added.

With the aim of giving people control over their health and taking further strain off the NHS, Testcard’s at-home UTI testing kit turns a smartphone camera into a clinical grade scanner, providing immediate results which can then be shared with a GP or other healthcare professional.

TestCard was founded by Dr Andrew Botham and Luke Heron, who created the innovation following a conversation about how poorly people engage with their healthcare.

Dr Botham told Digital Health News that he believes TestCard’s simple idea is what has made it successful so far.

“I think that one of the greatest strengths of TestCard is that people understand the value of it really early on,” he said.

This was echoed by Andrew Vallance-Owen, TestCard’s chief medical officer, who said there is real “value” to the technology.

“Individuals you speak to, they can just see the value of it [TestCard],” he said.

“And it’s undoubtedly going to be hugely valuable also, in the wider market as well, for pharmacies and GP practices to have.

“I think it’s sort of speaks for itself, really, you can just see it when someone tells you about it.”

Alongside UTI tests, the company is working to develop diabetic screening, pregnancy and ovulation tests, kidney function and a drugs misuse test.

This latest funding, which was secured via corporate finance and venture capital firm, West Hill, will help with this expansion of services.

Robert Caie, managing partner of West Hill Capital, said: “West Hill was most impressed with TestCard’s management team and technology and believed that the company would make a significant addition to our portfolio. TestCard is now perfectly positioned to benefit from a new world where home testing for a multitude of medical conditions or illnesses has become necessary in order to alleviate the strain on our healthcare services.”

417: The Energy Formula and Biohacking From Home With Shawn Wells

390: How to Raise an Adult: Break Free of the Overparenting Trap and Prepare...

Can Alcohol be Part of a Healthy Diet?