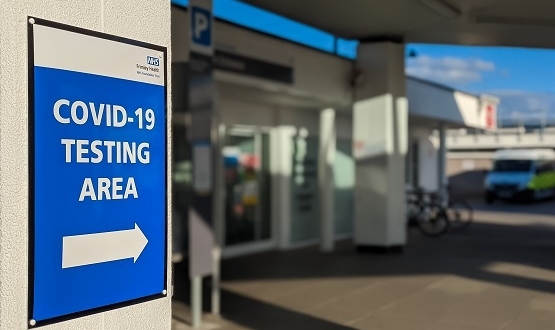 NHS Test and Trace has reportedly suffered another wave of IT issues that caused delays in contacting some of the most vulnerable Covid-19 patients.

Leaked emails sent to NHS clinical-level contact tracers on 15 and 16 October confirmed the “huge IT” issues related to outbreaks at hospitals and care homes, first reported by The Guardian.

Sources told the news outlet the previously undisclosed problems led to delays of up to 48 hours in reaching potentially infected people in care homes and hospital settings.

But government scientific advice states 80% of an infected person’s close contacts should be reached within 24 hours.

The email revealed there were issues with “tier 3 contact escalations” that were getting “stuck” in the IT system. Tier 3 escalations related to hospitals and care homes, according to The Guardian’s contact-tracing source.

Officials confirmed a miscalculation occurred in the processing of a small number of records in the contact-tracing system. That miscalculation has since been corrected and all cases involved have now been processed through Test and Trace.

A Department of Health and Social Care (DHSC) spokesperson said: “We have built the biggest testing system per head of population of all the major countries in Europe and the largest the largest diagnostics network in UK history.

“Through the work of NHS Test and Trace, over 2 million people who may otherwise have unknowingly spread coronavirus have now been reached, and 80.2% of all contacts where communication details were given have been told to self-isolate, helping to break chains of transmission.”

DHSC declined to comment on how many people had been effected.

The IT problems were reportedly widespread for a week in the middle of October, when infection numbers and patients in hospital were climbing rapidly. At the same time Test and Trace data revealed the programmes worst week in reaching close contacts of infected people.

It occurred just weeks after a Microsoft Excel blunder saw thousands of positive Covid-19 cases go unreported. An inquiry was launched after nearly 16,000 cases of Covid-19 went unreported between 25 September and 2 October.

The bungle was reportedly due to an error with a Microsoft Excel spreadsheet. It is believed Public Health England (PHE) developers used an old file format known as XLS, which can only handle about 65,000 rows of data. When the spreadsheet reached its maximum size it prevent new cases from being added to the file.

The government is reportedly in talks with controversial data analytics company Palantir to boost the Test and Trace programme. The tech company’s Foundry software would be used to enhance information about new Covid-19 cases in England.

The company could be allowed to manage Test and Trace data, if talks progress further.

Palantir already holds an NHS contract related to the pandemic after it was drafted in the support work on the Covid-19 Data Store. The company has built analytical dashboards accessible by NHS England and Improvement staff to help inform the national response to the virus.